Frangista Beach — Around the curve that links Hollywood Street with Daytona Street down from Beach Bait, sits a small and charming reminder of the area’s history. This is a must see chapel.

The chapel was built by John Nitsos. John, a Greek immigrant arrived in New York in the early 1900s. He left his native Frangista at the age of 15 with a cousin, came through Ellis Island and was assimilated into the Greek immigrant community in the United States, according to his grandson, local resident John Hassell.

Nitsos married in 1920 and he and his wife, Ruth, moved to the South and established several successful restaurants across the region before eventually settling in Mobile, Alabama. Along the way, Nitsos got involved in real estate, Hassell said.

In the 1940s the couple began to vacation in the Florida Panhandle and eventually built a small cottage near Destin off Old U.S. Highway 98, then a two-lane road. Occasionally, travelers would stop and ask to rent a room in the cottage, prompting Nitsos to build a beachfront inn. Eventually, the enterprise would expand to include additional cottages, a restaurant, a campground, a picnic pavilion, an arcade, a miniature-golf course, a bowling alley — and the chapel, built in 1959 in memory of Nitsos’ father. 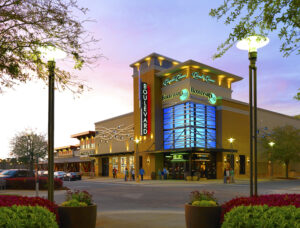 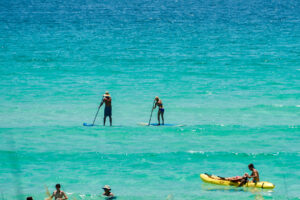 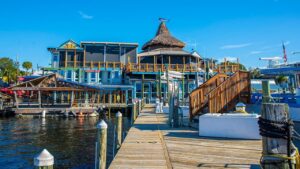 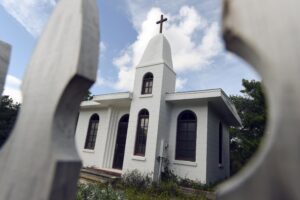 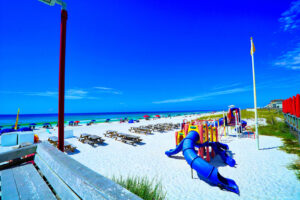 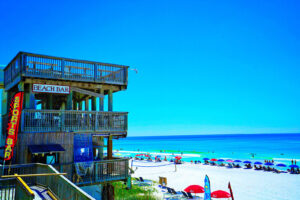 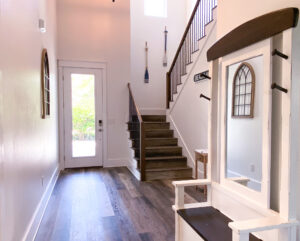 “Why Frangista Beach?
The Beach Needs No Reason, The Beach Is Its Own Reason.”